Examine: Is there something queer about gender, love and family life in the book?

Many works of art, particularly the classics, often have aspects of gender, identity, love and family life that are paradoxical and illogical, and where much has to be read between the lines. The analysis strategy we call the queering researcher will look for these mismatches, ambiguities and deviations, and ask what they mean. Do you see anything queer in your picture book?

In the 1970s, rock musicians, such as David Bowie, tried in earnest to develop androgynous stage personalities, and this experimentation has since continued. J.M. Barrie created the Peter Pan character (1904), who remains a boy in Neverland while all the other children develop into adult women and men. Alfie Atkins‘ daddy (originally Alfons Åberg in Swedish) has now for decades walked around with an apron as the most natural thing in the world. He is the one we see as the caregiver for Alfie (Bergström 1972, Österlund 2009). Picture books, children’s culture, and popular culture are filled with characters and expressions that are ambiguous, mismatched or special. The examples mentioned above are now so familiar for many that they no longer surprise us.

The aim of the queering analysis is to put into perspective new expressions that break with what is seen as normal. Several aspects of children’s literature open for a queer reading: It may break with the idea that things should happen in a particular order in life (Peter Pan). It may depart from the idea that one should behave in a certain way at a certain age. There are, for example, many books where adult aunts and uncles are portrayed as children. Some books also deal with queer families, such as Allan och Udo [Allan and Udo] (Lindeberg 2011), about the retired general Udo who does not want to celebrate Christmas and his cohabitant Allan who wants to. The design of the main character’s gender is particularly interesting (Österlund 2012). The book Kivi & monsterhund [Kivi & Monster Dog] (Lundqvist 2012) is famous for being the first picture book to use the ambiguous pronoun “hen”. “Hen” is a unisex version of the combined him/her. But this is just one of a number of picture books from the Nordic countries featuring main characters that cannot unambiguously be understood as a girl or a boy (for example Adbåge 2012, Landström 2012).

Is anything kept hidden in the picture book?

It has been, and still is, common to disregard and hide relationships and identities that breaks or negotiates norms, in real life as well as in literature: Men who have boyfriends, women who have girlfriends, short or obese people, people with disabilities, and so on. A queering analysis involves examining tacit and understated relationships and bringing them to light. Many who lived as single uncles and aunts early in the twentieth century may, for example, have been attracted to persons of the same sex. But initiating such a relationship, not to mention living openly in a same-sex relationship, was impossible (Tone Hellesund 2002). Bearing this in mind, queering  researchers have examined the relationship between the aunts in Elsa Beskow’s picture book about Aunt Green, Aunt Brown and Aunt Lavender (1918), questioning what kind of family relations there are between the aunts and the uncles. What all the aunts and uncles do is also discussed (Österlund & Lassén-Seger 2012). 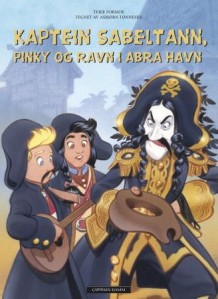 This book appears to be highly gender conventional. The plot plays out in a pirate port. The boy Pinky has a deep wish to become a pirate like the famous Captain Sabretooth, as all the other boys in the harbour do. But he is told that he has to wait until he is older.

With his friend Raven, who is a girl his own age, he tries to collect money in a number of ways to pay his way on to the ship. Dressed as pirate captains, they sing pirate songs on the street, thus earning money. Part of what makes the book gender conventional is the uncertainty as to whether Raven wants to and is able to become a pirate. Even though she was the one with the idea of singing to earn money and is just as good a pirate imitator as Pinky, only he gets the nod and praise from Captain Sabretooth.

Applying a queering analysis, we may ask whether there is something ambiguous, mismatched, deviant or something that breaks with tradition in this picture book. Some elements certainly stand out and require a closer read. The main character is called “Pinky”, which in Norwegian may be a suitable name for a small boy (pinky finger) who is too little to be a pirate. Since “pink” also has connotations related to colour, we may ask whether he has other prevalent female characteristics.

Another element that calls for attention is how the children dress. Both Pinky and Raven dress up like the pirate captain, wearing false moustaches, long dark coats, and pirate hats. Applying the view of the queering researcher we may ask what this means for the characters Pinky and Raven. Both, particularly Pinky, are praised for their disguises. The pirate character Captain Sabretooth has long black curls, wears a coat with gold trimmings, and his face is powdered white, so for Pinky this dress may not represent a simple test of a conventional male role. The dressing up may for Pinky also be interpreted as an act that goes beyond a simple distinction between masculinity and femininity. For Raven this must be called cross dressing, seeing as she takes on a man’s role. She is a tomboy fitting well into the clothes and the role, but a career as a pirate still does not seem likely. In the background of the book, we see some passive and withdrawn women in princess-like dresses. Is this her future instead? In the book, this issue remains unresolved.

The journey from boy to man and from girl to woman is thematised in a high number of picture books, like in the book about Pinky and Raven discussed above. Queering researchers are critical to the idea of gender socialisation, that there is a standardised way or model of learning which most children follow on to their path to their adult gender identity. Instead, the shaping of gender identity is described as work that everyone takes part in. This work is seen as different for all, based on individual differences and aspects of the environment, such as family, school, literature and media. From this perspective, we are all special and queer.

A queering analysis therefore aims to highlight all the different ways picture books invite children to do gender. In the case of Pinky and Raven it is about how children are invited to assume the role of the vain and unsympathetic pirate character Captain Sabretooth and to sing pirate songs. A queering analysis may also involve exploring how the gender development of some children in picture books is considered to be different. The illustrated short story Jon (Jentegutt! Jentegutt!) [John (Sissy! Sissy!)] (Haugen 1975) is an example of this. Jon understands that it is not good to be a sissy, which is what the others call him. He realises his mother and father are worried; perhaps they too feel that he is not a real boy? Does he have to stop playing with the girls and be alone instead? Who is he, and what is he to do?

Queer readings of the Moomin universe

The authorship of Swedish-speaking writer Tove Jansson from Finland has been studied through queering analysis. The Moomin family may be read as an alternative and extended nuclear family, where characters move in and out with changing relationships (Westin 2007). Jansson’s picture books about Moomin and the Moomin Valley have been intensely debated by Finnish-Swedish literature scholars. These books offer many descriptions of close relationships and references to sexuality, including thematising sexual awakening (Ekman 2011 et al. on Moominland Midwinter and Moominpappa at Sea. The close relationship between Moomintroll and Snufkin is described as a “bromance”, a non-sexual romance between two men (Ingström 2011). 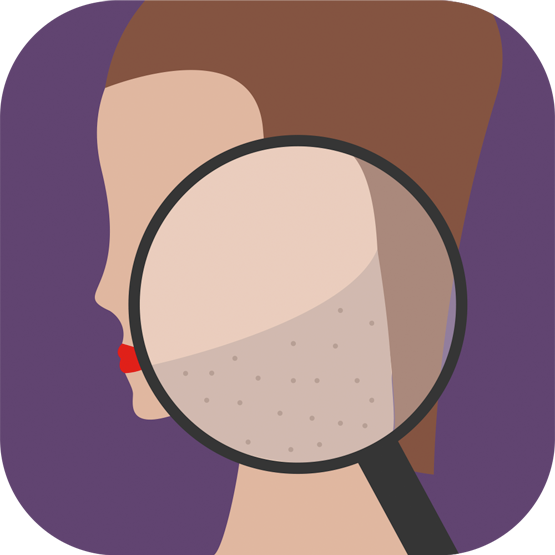