The book is about a secret girl who is supposed to be arriving and many members of the royalty preparing for her arrival. The characters are members of royalty, and therefore the story generally echoes normative gender, as the king is a man, the princess is a girl and so on. The flowers (animated) display feminine codes. The queen supports the king, who needs housekeeping help (lice).

The book operates within the heteronormative matrix. The system is patriarchal, as the king has the power while the queen, who supports and aids the king, ranges below him. For the king, it is all about getting the princess home. The princess here has a passive role − the opposite of a strong-willed girl.
There are many feminine codes in the pictures and text. Both the author and the illustrator are men! There are closed eyes, bowed heads, fingers outstretched, soft forms and many flourishes. There are boys, men, girls and women, and all appear to be illustrated with feminine codes. The story is about a girl and flowers and dressing, and delousing – one for boy lice and one for girl lice.

The story and the roles (patriarchal) are normative in terms of feminine and masculine roles, and conversely the illustrations are clearly highly feminine, where these codes are also assigned to the men. The illustrations appeal to girls and the roles presented are normative. The story concerns a king with the power (patriarchal) and a queen who is subordinate to him and who assists him. This means that there is a clear division between main role and subordinate role. Based on the implicit factors of the story we can see that heteronormativity prevails in this story. With a quick browse through the book, one will quickly notice how the illustrations generally only focus on feminine gender codes − even the king is illustrated in quite a feminine manner.

This might suggest that the book should be interpreted as a break with the heteronormative view of gender. But the underlying norm − in spite of the overwhelming feminine qualities of the narrative − is based on how the patriarchal hierarchy as cultural structure is implicitly presented as valid and beyond doubt. 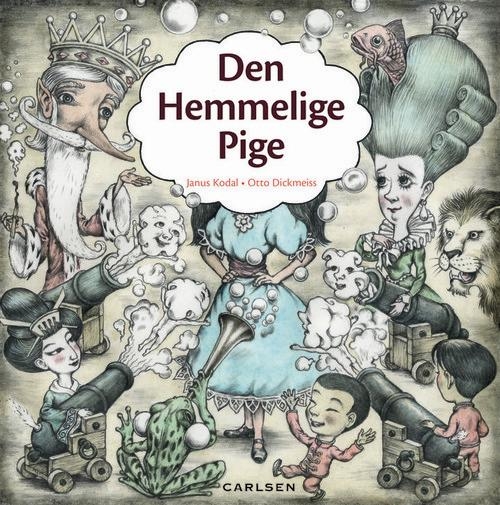