This book is printed in capital letters, with only one sentence per page. Therefore one can envision that this book is for children in their early stages of reading. The main character in the book is a girl who goes to ballet practice, typically “girly”. We also see that the other children who take part in ballet are accompanied by their mothers, while Liv is brought by her grandfather. The background colour is generally pink, and the grandfather is wearing a pink sweater. Considering gender roles as social norms, mothers should bring children, but here the grandfather assumes the mother’s role. The grandfather does everything the other mothers do, and he is received well, as all the others start to dance the same dance as Liv and her grandfather. A boy in the ballet class is also wearing pink shorts, which is against the gender norms. But this proves to be acceptable as well.

Conclusion: The book appears to be for girls, as it deals with ballet and the colour is generally pink. It may appear that people will think that the gender norms have been set, and in this case few boys go to ballet practice. We also see that it is accepted and that Liv stands out from the other girls by wearing a dinosaur costume. Thus at first glance the book appears to be in keeping with gender norms, but on further analysis we see that much in the book is against gender norms. This book shows that gender norms are not equally clear today as they used to be. Now it is more accepted that boys do typical girl things and the other way around. 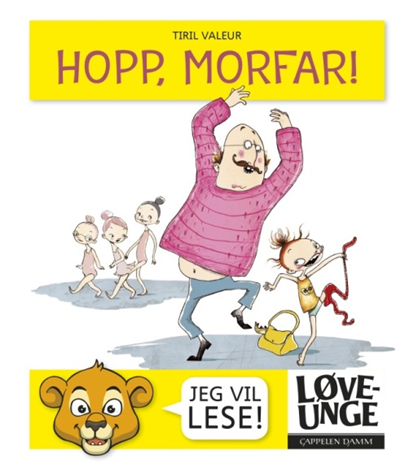