Title: Huset hvor alting blev væk [The house where everything was lost]

The book is about a family living in a house where everything gets lost. They spend much of their time looking for lost things until one day they have had enough and go on holiday. Finally they move into a new house.

The traditional aspect is revealed by the use of Mr and Mrs. This is a story about a "nuclear family". The father and the son are the forgetful ones and the mother helps them find their things. The woman assumes the role as caregiver. This is normative.
The mother may have laid the table, and the father complains that there is no salt and pepper.
The girl will paint and draw. Again, this is all normative.
The father is the pragmatist and problem-solver: Normative.
The father wants to watch sports.
The mother wants to watch lifestyle shows.
The father got a promotion at work so they could afford a new house.
In terms of the pictures, the colours are subdued.
The clothing and appearance of the father and mother are normative.
The appearance of the son may also be considered to be normative.
The daughter appears to be more neutral.

There is more or less a one-sided view of the genders. There are no significant deviations from this. Their genders and roles manifest themselves clearly according to the norm of what a boy and a girl are. For example, see the cover above. The style of the clothing and attributes/symbols in the rest of the book are highly traditional feminine and masculine; trousers/dress, newspaper/woman’s magazine. The father repairs the house and the mother takes care of the children. 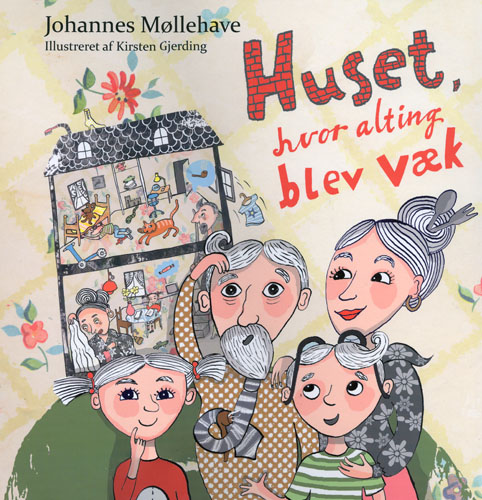