This is a colourful book with lots of “action” in the pictures. Many brazen and embarrassing things are mentioned, such as pooh, peeing in your pants, throwing up, being drunk, bare bottoms and some swearwords. Most main characters are animals, but of different genders. There are many rhymes that tell a story, but no extended story, even if some of the characters/animals recur. The animals are presented with human features.

The women and female animals are pictured quite differently, from an Eskimo woman killing seals, minister of the climate attempting to resolve climate issues to a panty-flashing fox who wants to get on the bus. The police officer in the prison is a man.

In one of the pictures we see a party where the males and the females are equally madly dancing and kissing. Only the males appear to drink, and both Hugo and the male lion have problems because they are drinking. We see Silke (a real girl), who thinks that Brian (a real and strong boy) is too noisy, and the male gorilla that evicts him from the party. In another picture of dancing there is significant difference between the illustrations of “him” and “her”. The tomcat stands in his fur, active and ready to dance, while the she-cat is dressed up, with a bra and panties and her head slanted. The girls are thus generally more dressed up than the boys. 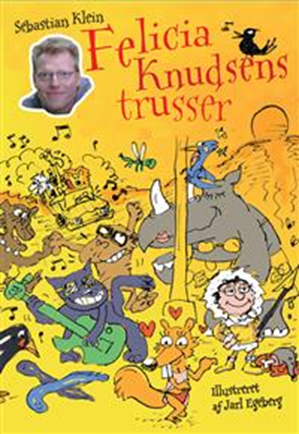