Check: What gender does the main character and the subordinate characters of the picture book have?

The picture book is one of several about a cat called Findus and a man called Pettson who live on a small farm in the country where they have hens. The book starts with a problem. Findus likes to jump up into the bed early in the morning, while Pettson likes to sleep and take it easy. How should they come to terms with this? Simple! Pettson turns the outhouse into a small house for Findus. After several challenges they both find that they enjoy living in the same house. 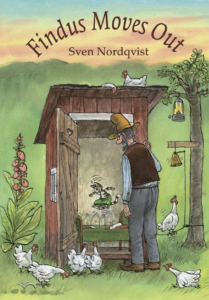 Findus moves out, Nordqvist 2012, org. published in the Swedish language

The next question to ask is about the gender of the main and subordinate characters. Clothes, facial features and body shape may indicate a person’s gender, as the case is for Pettson, who has a beard. When it comes to animals, readers will often identify gender based on eye lashes, clothes and the way they act. If we consider the cat, he is dressed in overalls or short trousers, not a skirt, and the cat does not have feminine eyelashes. Readers may also feel that the cat has a pattern of active behaviour that may be typical of boys. Names may also indicate the gender, as “Findus” in Swedish indicates that he is a boy. Gender may also be suggested in a text in other ways. In this case the subordinate characters in the story are hens, i.e. female birds. Parents, persons in jobs or other adults are also often featured in picture books, and it is important to document their genders as well. Pettson is an adult character and a typical role model. He might not completely appear to be a farmer, rather a type of do-it-yourself person or handyman. The next questions centre on who wrote the book and drew the pictures, i.e. authors and illustrators, and their genders. In this case Sven Nordqvist − a male − is both.

Occasionally, particularly when the main character is an animal, the character does not have clear gender characteristics. This may be interesting for a further gender analysis and is therefore important to note.

The counter’s tasks stop here. To assess whether the picture book expands or confirms traditional gender norms, for example by maintaining some stereotypes about old men in the country, we must employ the other analysis strategies. The counter can also categorise Pettson’s skin colour as white and the environment as idyllic village life.

Checklist for the counter analysis strategy

Just checking out gender expression (male, female, undetermined gender) and sexual attraction (same or opposite gender) in picture book is a useful starting point. And often it is the only gendered information available. But in some cases it is of interest to add and expand these concepts, for instance with the concept of gender identity. See illustration Gender Bread person for introduction http://itspronouncedmetrosexual.com/2012/01/the-genderbread-person/

Check the gender statistics on the bookshelf

In many cases it may be interesting to obtain an overview of the scope of the role models presented to boys and girls, respectively, on the bookshelves in your day care centre or nursery. The following is a simple way of doing this.

Take all the books off the shelves and sort them into four piles on the floor or on a table if there are not that many. Count the number of books in each pile.

Pile 1: Picture books with a main character of each gender

Pile 4: “Other” category, picture books with a main character that cannot be easily categorised as male or female, or a book that does not lend itself to such categorisation (poems, reference works etc.)

The gender statistics in picture books

When it comes to authors and illustrators, the situation is reversed, at least in Sweden. Twice as many women as men are originators/authors of newly published picture books (332 women, 177 men, Svenske Barnebokinstituttet 2013). Here the statistics show that particularly Swedish books most often have a female author.

What kinds of narratives are presented for boys and girls?

The follow-up question is whether there are the same or different narratives for boys as for girls. If only a few picture books and other stories are made about heroines and female superheroes, this will impact how girls learn to see themselves and their gender. This allows us to say that the picture book reproduces a norm: Superheroes are men. Since, I am a girl and superheroes are not for me and my gender. Girls are to a great extent left with other narratives about their gender, with less action and more affection. These are the narratives that for most girls will have an impact. The research has shown that narratives with the same gender and under similar circumstances as the reader, have the greatest possibilities to make an impact. You can read more about children’s perception of gendered stories under the analysis strategy The Child Researcher.

Exactly the same will be the case for children of different colours, origins, with a disability or with same-gendered parents. Underrepresented, non-represented, misrepresented or stereotypified the children have no other option than to build their self-imagery on pictures and stories exposed to them. However, children do not passively mimic the gender plots they are told, and there are exceptions, picture books with different gender plots.

Even if they are few, there are children’s books with heroines (Méd 2007), for example the picture book Jag var superhjälte, säger vi! [I was a superhero, let’s say] by Emma Adbåge (2008). Here we meet Lisa who wants to play superhero with Nils. Can she do that? In this book the children wonder about what type of play is possible. Are there boundaries to what and who we may fantasise about being? The book plays with gender conventions, and the division between the two is broken down.

The fact that so few stories are written where the superhero is a girl who can be a source of girls’ play and fascination is also the motivation behind Boken om superhjältar [The book about superheroes] by Daniel Möllberg and Anna Friberger (2008). In this book we meet superheroes we do not know from before, and with unknown superpowers. We are for example presented to the superhero Allergijenta [Allergy girl] who captures bandits with her own snot, no less.

Is the gender of the author important to the story?

Fiction has in general come under criticism for having a majority of books dealing with men, and that male authors have been too dominant. The criticism claims that there are fewer stories about girls and women and that in the ones that are out there, the stories are marginalised in various ways. They are labelled as feminine, intimate, pink, chick lit etc. Authors who are men, on the other hand, do not find that their books are reduced to the label “male literature” dealing with male themes or male aesthetics, their books are simply described as literature (Andersen 2009).

The film and gaming industry has come under similar criticism. To stimulate the production of more films and games that reflect the sphere of women and girls, the Doris initiative supports productions where key parts (manuscript, main character etc.) are filled by women. Read more at dorisfilm.se.

In the Nordic countries, the majority of picture books have female authors. This has not led to an over-representation of stories about girls. However, some male authors from Norway believe that this has meant that the books are not as well received by boys as often as before. More quality books with plots that boys often enjoy, such as monsters and exciting action, are called for. They express that an industry dominated by women tends to make the literature bland and too educationally-focused. Seeing it this way, men writing picture books may also represent part of gender diversity.

A very relevant question here is whether male authors really are marginalised in children’s literature. Are masculine narratives difficult to come by? Is the problem really not the reverse, that some female authors threaten this dominance because they are not write about heroes, and do not produce texts confirming traditional hegemonic masculinity? When they write stories with other types of plot, are they being spurned by those who wish to preserve the status quo? Whatever the case, male authors are also part of the diversity. It is reasonable to assume that at least some men write picture books with particular appeal to boys, books for example featuring monsters, exciting action, masculinity themes, relationships between boys, use of physical strength and so on.

It is important to be careful when deducing things about the work of art from the author’s gender, whether it is a children’s book or other literature. This may often lead to a simplified reductionism. It is obvious that both men and women are able to create gender-stereotypical and gender- transcending literature.

The limitations of the gender statistics

It is not automatically a given that imbalanced gender distribution expresses an absence of equality. An imbalanced distribution may express different wishes and choices for men and women, without necessarily expressing something wrong per se. Sometimes the area the gender statistics cover may not be particularly important or relevant, and hence not suitable for telling us anything about the equal or unequal conditions of the genders. (Moreover, it is not automatically a given that an even gender distribution in an area expresses that women and men have equal opportunities.) A unilateral focus on gender balance as the gateway to promoting equality should be avoided, and gender statistics should be supplemented by other analysis strategies (Holst 2007).

The gender of the subordinate characters and what they do

It may be interesting to compare picture books with the related art of feature films. In this genre the situation is significantly worse. In feature films girls and women are often relegated to subordinate characters and static cardboard characters without any will or substance. In the film’s narrative women surprisingly are often subordinate characters whose only role is to make the main character interesting and understandable.

To determine the films where this is not the case a very simple test has been developed, the so-called Bechdel test. The test consists of three questions or requirements for the film: (1) It must feature at least two women (2) who talk to each other (3) about something besides a man. A surprisingly large number of feature films do not pass this test. bechdeltest.com
Bechdel have inspired other test on gender and on other grounds of discrimination. One is the Mako Mori Test, which just requires the film to have one woman in the film, but she must have a narrative of her own. wikipedia.org/wiki/Bechdel_test

Admittedly, picture books are not feature films. They have a smaller complement of characters and less space for details in the story. But it is still relevant to ask whether the picture book features one or more characters who are a girl, and whether one of these has importance for herself and does not only live through male characters in the picture book.

Gender statistical methods can effectively illustrate a point or a situation, and are thus also frequently used in feminist activism. For instance, to show how female characters or persons are reduced to objects of desire. In connection with the action No More Page 3 an action group cut out and grouped all the pictures in The Sun tabloid newspaper. They did this each day for six months to illustrate how the newspaper’s topless pictures contribute to producing a misleading image of the genders: https://www.youtube.com/watch?v=lNlKjUfmaUA 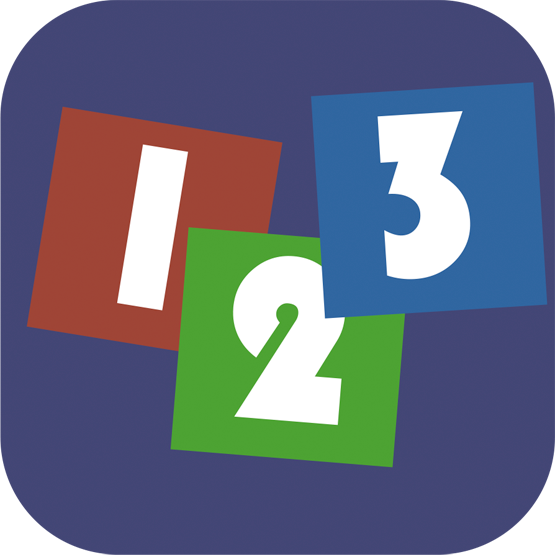