The book is based on mythical characters, such as trolls, giants and pixies, but there are also people. It is generally written in the folk-tale style. It consists of individual stories written as rhymes. The stories are based on “days of yore”.

Examples of gendered codes in the text: One can say that the golden woman appears clearly, with details of her naked body. There are also two masculine giants fighting to win her. Here the man is dominant over the woman who is naked.

There are male workers and physical labour in male colour clothes (blue). The man hunts trolls; the dominating man is the hunter. The farmer and his wife as traditionally depicted. In contrast to this traditional discourse there is a young talented hard-working woman. This goes against the heteronormative matrix as here this woman takes on the masculine role as strong-willed and physically strong.

More issues: the male farmer who cheats, the woman as the caring person in contact with the emotional side, while the husband is a pragmatist.

The troll mother can breathe with a breathing tube and is mannish in her appearance, and the girl she blames becomes a student and also has a mannish appearance. There is a man who is rowing and the woman is sitting and allowing herself to be fascinated.

This book duplicates the traditional gender notions and dissolves heteronormativity, and not least, the heterosexual matrix. There is a passage in the book where a woman is buying a farm. The discourse in the book breaks with this normative idea about gender and the roles this entails: “But the farm was bought by a clever young woman who worked hard outside and inside.”

The discourse here concerns a hard-working role, independent and strong-willed. One may assume that in a heterosexual culture this would be the man, but here we see a woman in this role. The picture page similarly gives us a varied view of how gender is recognized: Her picture is always overwhelmingly feminine in the way the body is pictured, but in a context where the man has traditionally been in her position. Thus by having a woman in a place earlier occupied by “the man”, the presentation of gender is dissolved and is thus diversified. 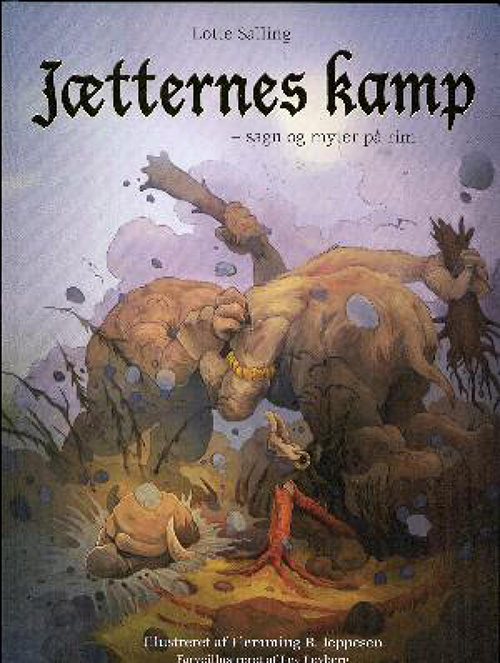